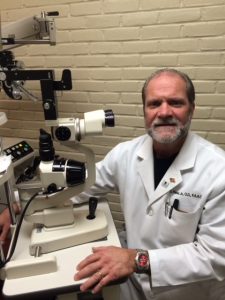 Dr. Fisher has lived in Lafayette pretty much his whole life. He graduated from Acadiana High School and received his Bachelor of Science from U.S.L. (now University of Louisiana). He received his Doctor of Optometry degree from Southern College of Optometry, a private school in Memphis TN. Upon graduation in 1990 he was accepted into a residency/fellowship program in the diagnosis and management of ocular disease in New Orleans, LA (where he met his future wife Nanette Sonnier). After completing that program, he returned to Lafayette and entered into private practice. Dr. Fisher is a member of the Optometric Association of Louisiana and is a past president of the association. He is a member of the American Optometric Association and served on the board of directors for the Southwest Council of Optometrists. He also served two terms on the Louisiana State Board of Optometry Examiners, twice serving as its president. He is an adjunct professor for Southern College of Optometry, working with interns as part of their final year of formal study.

In his spare time, he enjoys hunting and fishing with his sons as well as playing music when time allows. His favorite holiday is sort of a tie between Christmas and Mardi Gras. Dr. Fisher and his wife are active in Krewe of Bonaparte, and both have served as royalty. In 2022, he and Nanette were honored as L’Empereur Napoleon and L’Imperatrice Josephine XLV. The family is also active in St. Mary Catholic Church and all University of Louisiana festivities, galas, and sporting events.

He and Nanette have triplet boys, Mason, Evan, and Reed. 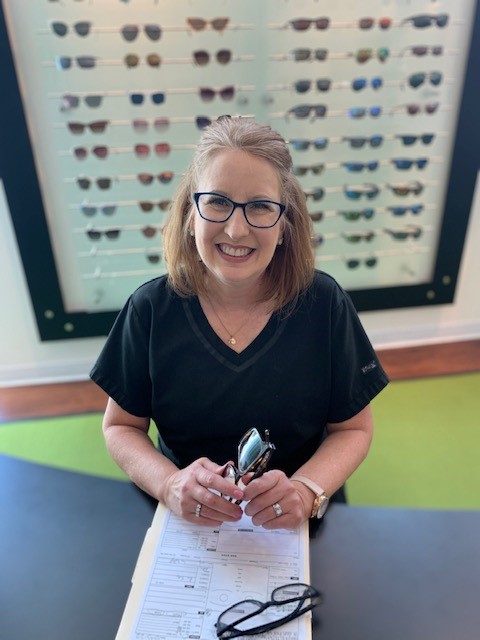 Susan lives in Breaux Bridge, Louisiana. She has worked for 30 years in the field of optometry and has worked for Dr. Fisher for 27 of those years. She handles everything from ordering frames to performing preliminary tests for all eye exams. You name it, she can do it! She is a certified Para-Optometric Technician since 1996. She is a very proud “Grandma”. Her hobbies include tennis, tennis and more tennis! 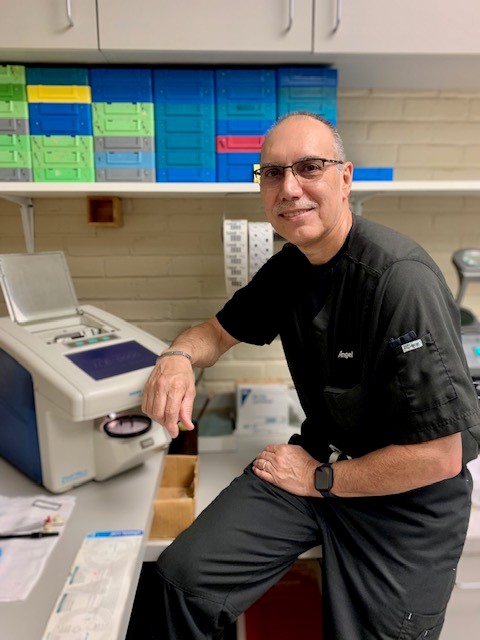 Angel is a resident of Lafayette, originally from Puerto Rico! Fluent in Spanish and cooking plantains (lucky us!). He was certified in 1990 and has been working opticianry for 30+ years. We consider Angel the “King of Lenses” and he is 100% perfectionist. When he’s not cutting lenses he enjoys riding his motorcycle, camping, fishing, cooking and spending time with his wife, children and grands! 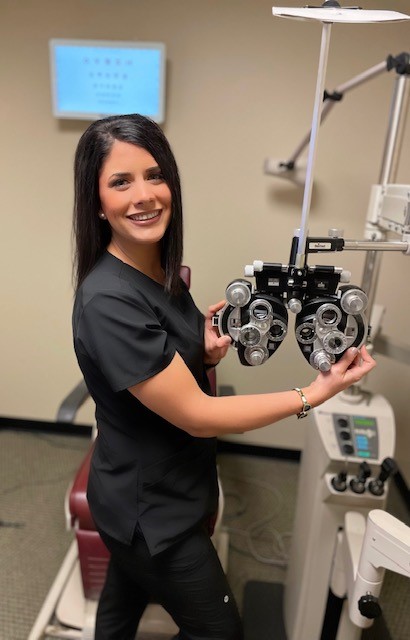 Courtney is a resident of Loreauville, Louisiana. She has worked in the optometry field for 10 years. She is a trained technician able to perform preliminary and diagnostic testing, as well as educating patients on ocular diseases and diagnosis. She is mom to two precious boys, Dax and Drake. Her hobbies include chasing around her boys and cheering on the LSU Tigers (this girl bleeds purple and gold!) 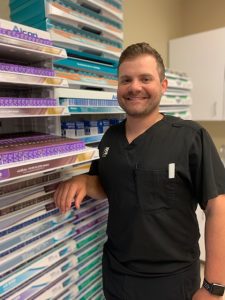 You might have guessed already but Evan is Dr. Fisher’s son. He recently received his bachelor’s degree in Biology from the University of Louisiana, Lafayette. His goal is to follow in his dad’s footsteps and enter optometry school. Evan is knowledgeable in all aspects of our office but his specialty is contact lens technician. In his off time, you can find Evan in the woods (hunting) or on the water (fishing) just like his dad.

Font Resize
Contrast
Accessibility by WAH
Call Us Text Us